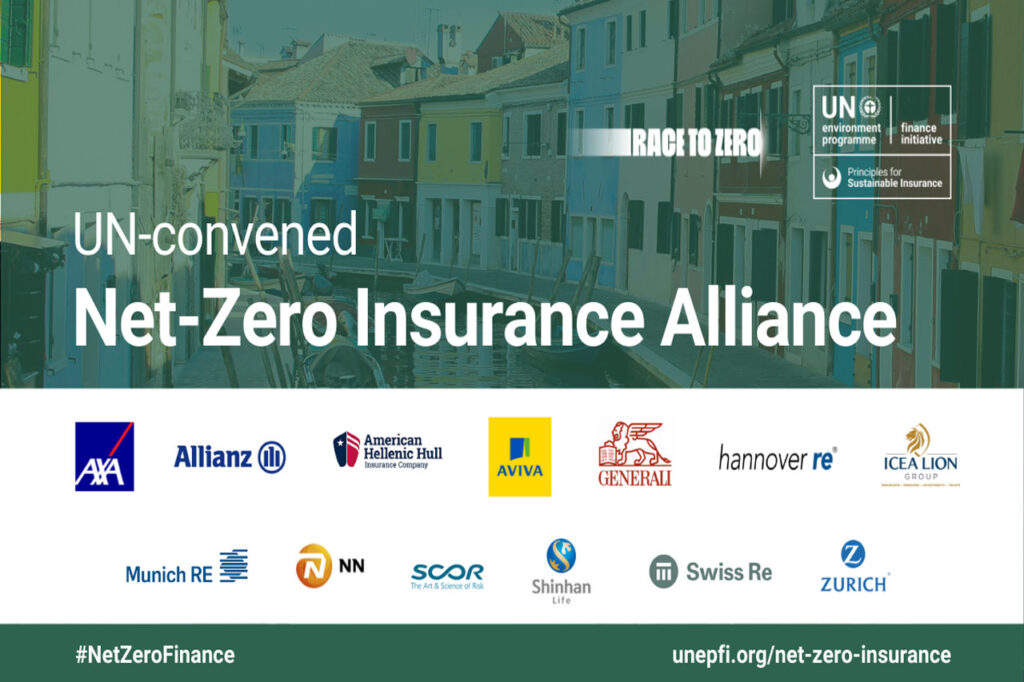 In the run up to the UN Climate Change Conference in Glasgow (COP26), the Net-Zero Insurance Alliance (NZIA) convened by UN Environment Programme’s Principles for Sustainable Insurance Initiative (PSI) has expanded its membership, announcing today five new members from Africa, Asia and Europe as part of its efforts to build a global alliance. Among the new members is American Hellenic Hull Insurance Company Ltd., which becomes the first specialised marine insurer to join the alliance.

“Decarbonisation is an urgent necessity but so many questions remain and there is a need for an international roadmap to provide a framework for shipping to undertake this dramatic transition effectively,” said Ilias Tsakiris, CEO of American Hellenic Hull. “Therefore, the Net-Zero Insurance Alliance is a pioneering step, enabling insurers and re-insurers to take action and support clients in moving towards low-carbon solutions,” he added.

The NZIA was launched at the G20 Climate Summit in Venice last July by eight leading global insurers and reinsurers as its founding members: AXA (France) (NZIA Chair), Allianz (Germany), Aviva (UK), Generali (Italy), Munich Re (Germany), SCOR (France), Swiss Re (Switzerland), and Zurich Insurance Group (Switzerland).  Meanwhile, the alliance continues to expand in Europe with three new members: American Hellenic Hull (Cyprus); Hannover Re (Germany), the world’s third largest reinsurer; and NN Group (The Netherlands), one of the largest Dutch insurers. It is expected that the NZIA membership will continue to grow across all regions en route to and after COP26.

All NZIA members have committed to transition their insurance and reinsurance underwriting portfolios to net-zero greenhouse gas emissions by 2050. They will individually set science-based intermediate targets every five years and independently report on their progress publicly and annually. A company that applies to join the NZIA needs to provide short-term steps that it will take to work towards immediate decarbonisation of its insurance and reinsurance underwriting portfolios.

Furthermore, the NZIA has been accredited by the UN’s Race to Zero campaign, whose criteria requires companies to use science-based guidelines to reach net-zero emissions, cover all emission scopes, include 2030 interim target setting, and commit to transparent reporting and accounting. By meeting the UN Race to Zero criteria, the NZIA also becomes part of the Glasgow Financial Alliance for Net Zero (GFANZ).

“The Net-Zero Insurance Alliance being accredited by the UN’s Race to Zero campaign makes it the gold standard for net-zero insurance commitments in terms of ambition, credibility, accountability and transparency,” said Nigel Topping, the UN’s High-Level Climate Action Champion for COP26. “I urge insurers across the globe to raise their climate ambition by joining the NZIA and become part of the solution. The time for decisive climate action is now.”

“The UN Secretary-General called the latest report of the Intergovernmental Panel on Climate Change a ‘code red for humanity’, so as society’s risk managers, it is also a code red for the insurance industry,” said Butch Bacani, who leads the PSI at the UN Environment Programme.

“Insurers that have joined the NZIA are responding to what science is telling us to do in order to limit global warming to 1.5°C and avert catastrophic climate change. This is why the NZIA must be an alliance of the many, not the few, and why net-zero insurance must be the norm, not the exception.”