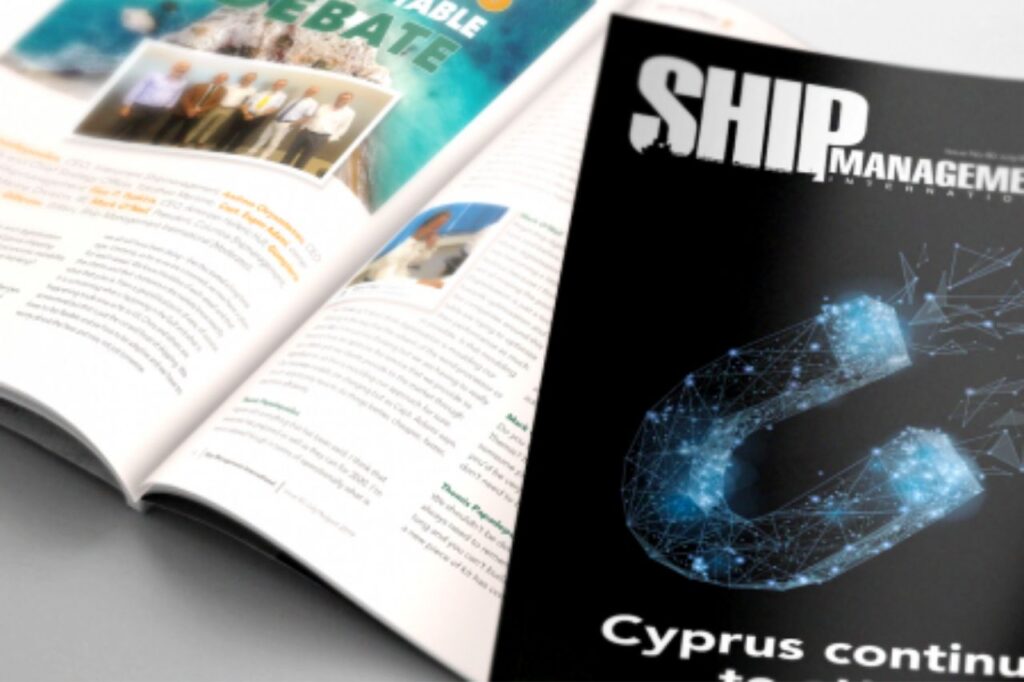 AHHIC CEO Ilias Tsakiris added his insight to a Round Table debate organized by Ship Management International for the Cyprus Special Report published in its July/August issue.

The agenda focused on issues arising from the IMO 2020 low-sulphur regulations, digitalization and cyber risks, the Cyprus maritime cluster and the industry’s cooperation with the Deputy Ministry of Shipping.

With regards to IMO 2020, Mr. Ilias Tsakiris said that the new regulation is becoming a growing concern for underwriters. “We will have the question of unseaworthiness, and underwriters will rely much more on the classification societies, plus introducing and installing this type of technology will increase the insured values making the risk on the ship more expensive, so there will be more money coming out of the owners pockets by way of premium”, he told the Roundtable. Furthermore, in terms of cyber risks, he stressed that digitalization in shipping creates a new area of risk.

Mr. Ilias Tsakiris also considered that Cyprus may profit from developments connected with Brexit, due to the country’s favourable tax and regulatory environment. “I think we will see more underwriters coming in”, he said. Looking ahead to the Maritime Cyprus Conference 2019, Mr. Ilias Tsakiris stressed that all the major insurance brokers will be coming to the conference. “I think this year’s will be an even bigger success than previously,” he concluded.