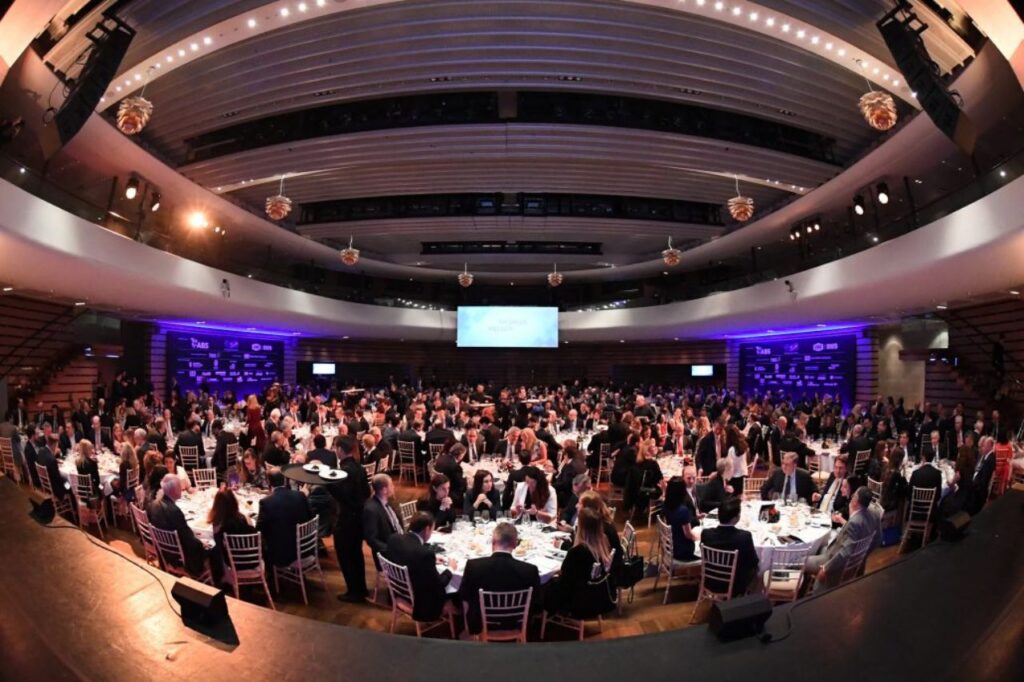 American Hellenic Hull Insurance Company was once again for 2019 among the leading supporters of the Greek Shipping Hall of Fame Induction Ceremony & Dinner.

American Hellenic Hull Insurance Company was once again for 2019 among the leading supporters of the annual Greek Shipping Hall of Fame Induction Ceremony & Dinner.

The Hall of Fame dinner, one of the most prestigious events in the maritime calendar, honours the historic greats of the Greek shipping industry and each year two new Inductees are unveiled, based on the votes of the organisation’s distinguished Academy of members.

As a Premium Sponsor of the event, which also supports the worthy Greek children’s charity Hellenic Hope, American Hellenic was acting as one of the strongest supporters of the event for the fourth straight year.

“We are proud to be a leading supporter of the Greek Shipping Hall of Fame,” said the company’s Chief Executive Officer, Ilias Tsakiris. “Our management roots are in Greek shipping, a business community that for many decades has played a lading role in global seaborne transportation.

“The Hall of Fame honors the personal commitment, imagination and expertise of some of the industry’s historic personalities, who have helped Greek shipping adapt over the years to remain at the forefront of the maritime adventure,” he continued.

“The maritime industry never stands still and the team of American Hellenic Hull provides a personal, innovative and experienced service that meets the evolving needs of shipowners,” Mr Tsakiris added.

About 650 guests including many leading shipowners together with their business partners from Greece and overseas participated in the glittering event at Megaron, the Athens Concert Hall.

The event concluded with the announcement of the latest Inductees to the Greek Shipping Hall of Fame – George S. Coumantaros (1922-2016) and John P. Goulandris (1907-1950). The two past giants of the industry bring to 30 the number of Inductees now in the Hall of Fame, which was launched in 2007.

The event raised a total of Euros 44,000 for the children’s charity Hellenic Hope. The Greek Shipping Hall of Fame has partnered with the charity for the last six years.