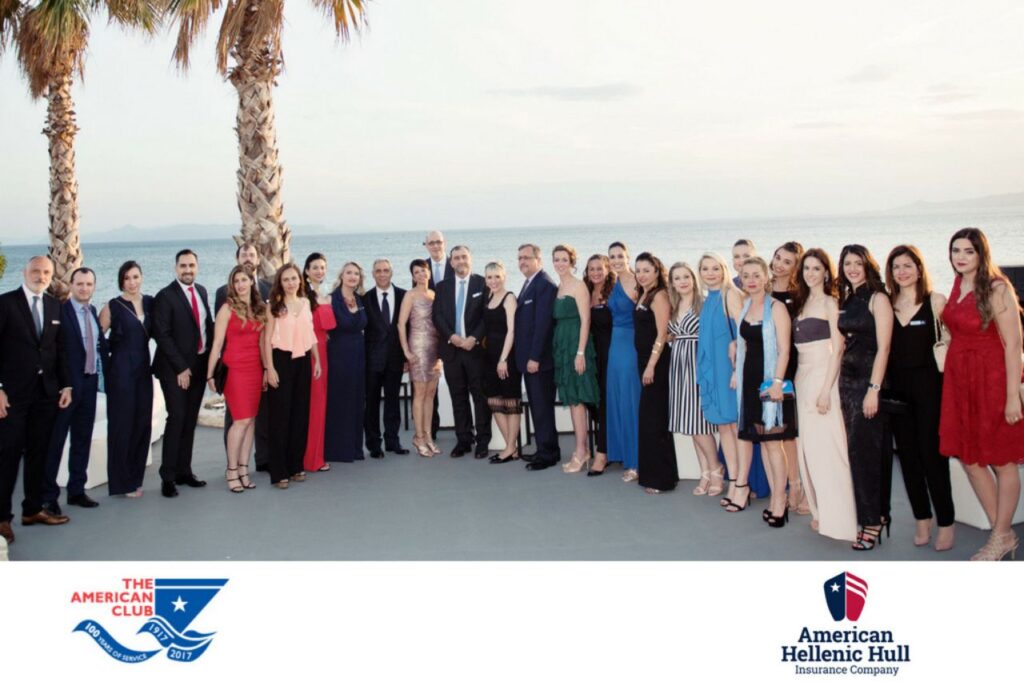 American P&I and American Hellenic Hull gave a glamorous reception at Posidonia 2018 for shipping guests on the eve of the biennial Posidonia shipping event.

The American P&I and affiliate American Hellenic Hull maintained their tradition of holding a major reception for shipping guests on the eve of opening the biennial Posidonia shipping event in Greece.

The glittering event was held on Wednesday 30 May at Akrotiri Restaurant & Club in Aghios Cosmas, a coastal suburb of Athens. Attendees during a wonderful evening included many of the leading names of the Greek shipping industry, representatives of major international broking houses and financial institutions, and other prominent guests from the international maritime community. Greece’s Minister of Shipping & Island Policy, Panagiotis Kouroumplis, also honored the event with his presence.

Underlining their support for the two organisations, guests included many shipowners from all over the world who are members of the American Club and/or insured with American Hellenic Hull. The hosts voiced their gratitude to the hundreds of guests who attended the reception, especially the many shipowners present. Deputy Chairman of the Club’s Board of Directors, Markos Marinakis, welcomed the guests.

The Club Manager’s Chairman and Chief Executive, Joe Hughes said: “The American Club and its management deeply appreciate the support of the Greek shipping community, which is reflected in a continuous increase in membership and turnover.’’

As a highlight of his speech acknowledging the huge importance of Greek shipping for the American Club, the Manager’s President and Chief Operating Officer Vincent Solarino entertained the audience with his rendition of the classic Frank Sinatra song ‘My kind of town’, changing New York in the lyrics to Athens.

American Hellenic Hull Chief Executive Ilias Tsakiris thanked the shipping community for its faithful support of the hull & machinery insurer that has been operating for just two years but already insures a fleet of 2,500 vessels with a gross premium of $18.5m.

Below you can view photographs from the reception given by American P&I and American Hellenic Hull.