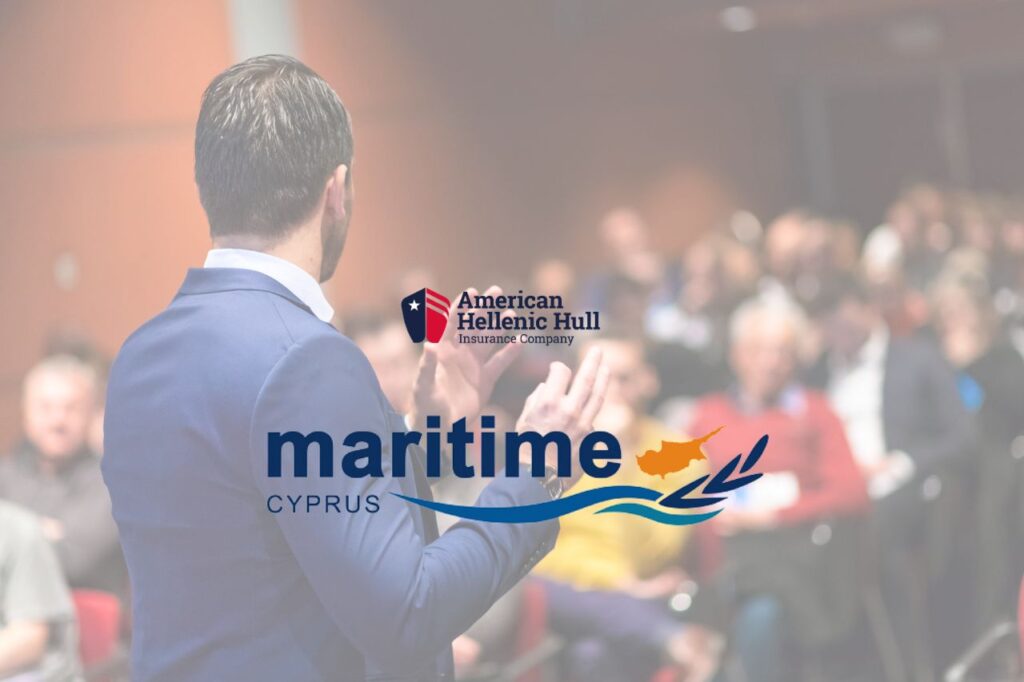 On the occasion of the Maritime Cyprus 2017 Conference, a press conference was held on 29/9/2017 at the Conference Room of the Ministry of Transport, Communications and Works.

On the occasion of the “Maritime Cyprus 2017” Conference, which will take place between 08 – 11 October 2017, a press conference was held on Friday, 29th September 2017, at 12:30 p.m., at the Conference Room of the Ministry of Transport, Communications and Works.

During the press conference the Minister of Transport, Communications and Works, Mr. Marios Demetriades, the Chairman of the Organising Committee of the Conference and Permanent Secretary of the Ministry of Transport, Communications and Works, Mr. Alecos Michaelides, as well as representatives of the Department of Merchant Shipping, the Cyprus Shipping Chamber and the Cyprus Union of Shipowners, presented this year’s Conference.

The Minister of Transport, Communications and Works, Mr. Demetriades, stated at the Maritime Cyprus 2017 Conference that Cyprus is one of the most important shipping centers in the world with an integrated infrastructure in all shipping sectors and one of the largest ship management centers in the world and the largest in Europe. He stressed that Cyprus has a modern and high-quality fleet, that ranks eleventh in the world and third in the European Union. “In recent years there has been a small but steady development of the Cypriot fleet, something that makes us happy” said Minister Demetriades.

Reference was also made to the contribution of shipping to the Cyprus economy and that the objective of all stakeholders is the continuous development and improvement of the Cyprus shipping. As Mr. Demetriades pointed out, “the creation of the Deputy Ministry of Shipping will significantly improve the efficiency and responsiveness of our maritime administration to the needs of international shipping, will increase the competitiveness of the Cyprus Shipping, give further impetus to the Cyprus fleet and enhance the attractiveness of the country as a destination for shipping companies”.

The Maritime Cyprus 2017 Conference was then presented by the Chairman of the Organising Committee of the Conference, Mr. Alecos Michaelides. As reported by Mr. Michaelides, the Maritime Cyprus Conference, which was first established in 1989, acquired great significance and ranks as one of the largest shipping conferences in the world, attracting to Cyprus hundreds of maritime executives.

The main theme of this year’s Conference is “Yesterday’s World, Tomorrow’s Today”. The Official Opening of the Conference will take place on Sunday, 8th October 2017, at the Amathus Beach Hotel, in Limassol. During the Opening Reception, the winner of the “Cyprus Maritime Award 2017” will be announced and bestowed.

Mr. Michaelides, mentioned that the working part of the Conference will be held in Limassol, at the “Evagoras Lanitis Centre”, between 9th and 11th October 2017. The Official Opening of the working part will take place on Monday, 9th October 2017, at 09:05 a.m., by H.E. the President of the Republic of Cyprus. Distinguished guests such as the IMO Secretary-General, H.E. Mr. Kitack Lim, the European Transport Commissioner, Ms. Violeta Bulc, and world class experts will analyze and discuss specialised issues of concern to the shipping industry.

The Chairman of the Maritime Cyprus 2017 Conference presented in brief the Conference Programme, which will consist of 8 interesting panel discussions.

On Monday, 9th October, three panel discussions will take place. The first panel will focus on the current and future regulatory framework for shipping while the second panel on the future of the tanker owners. The third panel will deal with the future of the shipowners in general. On Tuesday, 10th October, a debate on environmental issues will be held, while the second panel will emphasize on the use of smart and modern technology in shipping. On the same day, an afternoon session entitled “Maritime Cyprus: Young Executives”, for young shipping professionals under the age of 40 will take place. On Wednesday, 11th October, the discussions will deal with the current geopolitical developments in the Eastern Mediterranean, while the second panel will concentrate on the market forecast.

In conclusion, the organizers thanked all the sponsors for their generous support and their contribution to the Maritime Cyprus 2017 Conference’s organization. In particular, they thanked the Platinum sponsor of the Conference, Eurobank, the Gold sponsors: American Hellenic Hull Insurance and Bank of Cyprus, the Silver sponsors: CIPA, Ernst & Young Cyprus Ltd, PwC Cyprus, and Bureau Veritas Cyprus Ltd, the conference media sponsor, CyBC and the print and digital media sponsor, the Gold and In Business magazines.